What Drives Addiction - The Brain or The Person?

Addiction is unique among illnesses in that it is one of the very few diseases that are often regarded as the patient's fault. One 2013 study of 709 sukrveyed adults found that people generally regarded drug addiction far less favorably than mental illness. 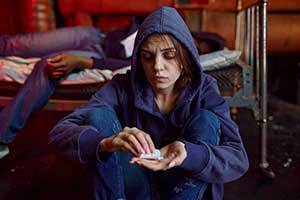 Significant findings from that study reflected quite a disparity in survey responses related to the two groups. Only 22% of respondents reported that they would work alongside a person with drug addiction, while 62% said that they would work with someone diagnosed with a mental illness. Similarly, 64% supported employers denying a job to an individual with drug addiction, while only 25% supported employers turning down candidates with mental illness.

This negative perception is typically rooted in one fundamental misperception: That people choose their addictions.

The reality is far different, however. Now widely acknowledged among scientists as a disease and referred to in the Diagnostic and Statistical Manual of Mental Disorders, Fifth Edition, as substance use disorder, addiction is rooted in the brain and almost impossible to overcome simply by willpower.

Addiction is considered a disease because addictive substances create fundamental changes to the brain's reward center. This reward center responds to chemical messengers like dopamine and serotonin, also known as neurotransmitters. Through their interactions with the reward pathway, which includes the basal ganglia, amygdala, and prefrontal cortex , these neurotransmitters communicate a sense of pleasure, happiness, and bonding. Enjoyable experiences resulting from these chemical signals encourage the individual to repeat activities that produce positive feelings.

This reward center of the brain works through the release of chemical signals (neurotransmitters) like dopamine and serotonin. Through their interactions with the brain's basal ganglia, amygdala, and prefrontal cortex, these neurotransmitters communicate a sense of pleasure, happiness, and bonding. Through the use of this reward center, the brain encourages the individual to repeat the activity that produced the positive feelings.

The areas of the brain involved in compulsive substance use and seeking are the same as those engaged in thinking and reasoning, memory, and controlling impulses. So the messages generated by the use of substances greatly affect those normal functions and essentially use them to boost further use. For natural activities such as eating, sex, childbirth, and mother/child bonding, these signals occur in a healthy manner that promotes positive interactions and experiences. However, when drugs and alcohol are introduced to this reward center, the results are much more powerful and thus have the potential for damage.

Instead of releasing normal levels of neurotransmitters like dopamine, addictive substances initiate the release of up to 10 times the normal amount. This gives the user an intense and overwhelming sense of happiness and well-being that is very difficult to reproduce through any other activity.

In addition, addictive substances change the structure and workings of the brain. The brain begins to produce fewer natural neurotransmitters while its receptors become less sensitive to these chemical signals. The amygdala shrinks, and both the amygdala and prefrontal cortex begin to deliver increased stress signals when the addictive substances are not in the body.

The result is that the person begins to feel depressed, anxious, and unsettled whenever they are not using the substance. Normal everyday activities cannot produce the feelings of happiness and satisfaction they seek. They also need to take more and more drugs or alcohol to achieve the same "high," thanks to the reduced sensitivity of the brain's receptors.

Essentially, the drugs and the alcohol hijack the brain, taking over its healthy reward system and making the brain dependent on the addictive substance to experience even a normal level of emotional stability.

Using Is a Trigger

The user's reward system becomes so overwhelmed by the changes resulting from drugs and alcohol that using becomes a necessity. Intense cravings drive behavior to compulsively seek and obtain the substance without regard for the negative consequences. The reward is a profound positive feeling generated by the power of chemicals and not by natural experiences. This creates a mechanism of reinforcement, which strengthens the association with anything related to the substance and the promise of obtaining it. These become triggers for continued drug seeking and use, setting up a habit. 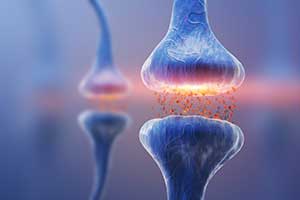 Often, addicts are accused of simply lacking the self-control necessary to stop using. This creates the stigma that it is their fault. If they had enough willpower, so this line of thinking goes, they could avoid such a damaging way of life.

Eventually, using becomes the central ritual and focus of the user's life, because of the training of the brain that focuses solely on the drugs and alcohol as the deliverers of emotional stability and wellbeing.

Often, addicts are accused of simply lacking the self-control necessary to stop using. If they had enough willpower, so this line of thinking goes, they could avoid such a damaging way of life.

The reality, however, is that drugs and alcohol not only take over the reward center of the brain but also interrupt the decision-making and self-control center, the prefrontal cortex. As a result, the substance user becomes physically less capable of resisting powerful impulses, such as the drive to consume drugs and alcohol.

The withdrawal phase of the reward cycle is a stressful period in which there is no possibility of restfulness or peace. Beyond the well-known effects of physical dependence like chills, sweats, and diarrhea, the negative emotional state resulting from abstinence contributes to the individual's loss of control over their behaviors. They are plunged into what's known as an anti-reward circuitfilled with anxiety, fear, irritability, and intense discomfort. These emotions fill the void left by removing the substance and drive the person to an intense preoccupation with obtaining it.

In addition, the structure of the brain has changed to elevate the reward thresholds, meaning it takes a much greater stimulus to trigger any kind of relief'well beyond that of natural reinforcers. The combined effects of a negative emotional state, brain changes, and loss of function create an intolerable level of dysfunction that goes well beyond the realm of self-control and increases their tendency for relapse. 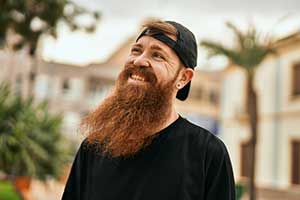 In response, individuals progress to and cannot avoid compulsive action to "right the situation" by seeking and obtaining the substance for relief. They often engage in negative behavior and even crimes to pursue and further satisfy their addictive physiology. From violent outbursts to theft, these activities contribute to their negative perception by much of society.

While people with substance use disorder are responsible for making these decisions, there is not much that can deter them from its addictive power. They are driven, in part, by the disease and its associated brain changes. By becoming the sole focus and reducing the person's ability to make decisions and exercise self-control, drug and alcohol use can make it almost impossible for them to make healthy choices, even when they understand the potentially fatal consequences of their decisions.

These maladaptive changes within the brain point to substance use disorder as a disease, not a choice. Once a person is in the throes of their addiction, it takes more than simple willpower to overcome the disease'just as it takes more than just willpower to overcome heart disease or diabetes, both of which may be prevented and treated with lifestyle changes. Individuals must receive professional substance abuse treatment and significant support to have a chance at managing their addiction and finding the path toward a healthy life. Those services are as essential for substance use disorder as medical care is for diabetes or hypertension'and can be just as lifesaving.